Labrador Gem Seafoods is not a new name in the industry in Newfoundland and Labrador, but it is a new player in the in-store retail game.

The 25-year-old company, which previously only sold its products wholesale, opened its first outlet in east St. John’s on Friday, July 29, which owner Danny Dumaresque said he’s been thinking about ever since. a few years.

“Right after the pandemic hit in 2020, I seriously thought about pivoting the business model I had, certainly not unlike other seafood companies,” he said. at SaltWire. “I decided to focus on retail value-added production.”

He first threw his line into retail by offering curbside pickup of his products, which are 100% harvested and processed in Newfoundland and Labrador, on Logy Bay Road and it was such a success that he took the plunge. 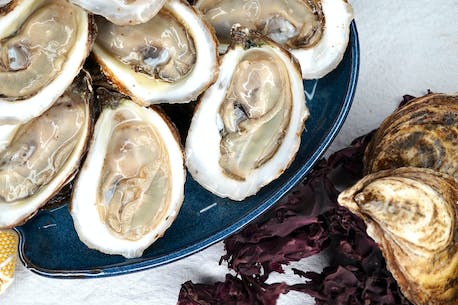 Dumaresque said he had been looking at the location at the corner of Elizabeth Avenue and Torbay Road since it became vacant and when he first contacted the owners they were not interested.

“I came back one day to grab a snack at Mary Brown across the street and said, well, that place is still there,” he said. “I then became a bit more persistent.”

He got in touch with the right people, made a deal and, after getting all the provincial and municipal approvals, opened the doors.

Dumaresque said that in addition to employing people in the store, the switch to retail allows for more hours at his factory in the south coast island community of Ramea, which is a major economic driver for the region. .

“It gives the factory greater revenue reliability for all our workers and it will definitely make a big difference in getting people to come and stay in the Ramea-Burgeo area,” he said. “That’s one of the main reasons I wanted to do it. I grew up fishing on the south coast of Labrador. Usually in 6, 8 or 10 weeks it’s all over, so I wanted to find a way to extend the hours and work weeks.

Dumaresque said they plan to continue to expand their offering at the store, which currently includes scallops, lobster meat, crab and shrimp, and people may see their products at other foodservice retailers in the city in the weeks and months to come. .

It’s official, our new seafood store at 44 Elizabeth Avenue, St. John’s will be open at 10am this Friday July 29th!! With my team, I will be there to serve you your “favorite Friday fish” – bon appetit! pic.twitter.com/JlYcGdjXLw