New Baskin-Robbins, airport snack boxes and other vegan food news of the week

It seems like every week in the vegan food news is more exciting than the last and this week is no exception. York Street Market, a supplier to airports, colleges and businesses in 24 states, now offers snack boxes filled with Field Roast pepperoni and Chao Creamery cheese cubes. Ice cream chain Baskin-Robbins is expanding its dairy-free ice cream selection with an all-new flavor. And gelatin-free gummies find their wings on German airline Eurowings. Read on to find out more.

“As the leading fresh food solutions company in the Northeast and Midwest, York Street Fresh Market is dedicated to meeting the changing tastes of our customers, which include an increased demand for accessible and great-tasting plant-based options” , Joe Lorenzo, president and CEO of Lorenzo Food Group and York Street Market, said in a statement. “We are thrilled to be working with industry leader Greenleaf Foods, SPC as our first-ever plant-based partner to bring a variety of their delicious protein-rich products to these new menu options.”

In addition to snacks and pepperoni and cheese sandwiches, travelers around the world can expect even more vegan options in the friendly sky. This week, German supermarket chain Veganz teamed up with European airline Eurowings (part of Lufthansa) to carry its vegan gummies on board more than 70 flights. The gummies are made without gelatin, an ingredient derived from collagen found in animal bones, and come in five assorted flavors: strawberry, orange, black currant, apple and lemon. 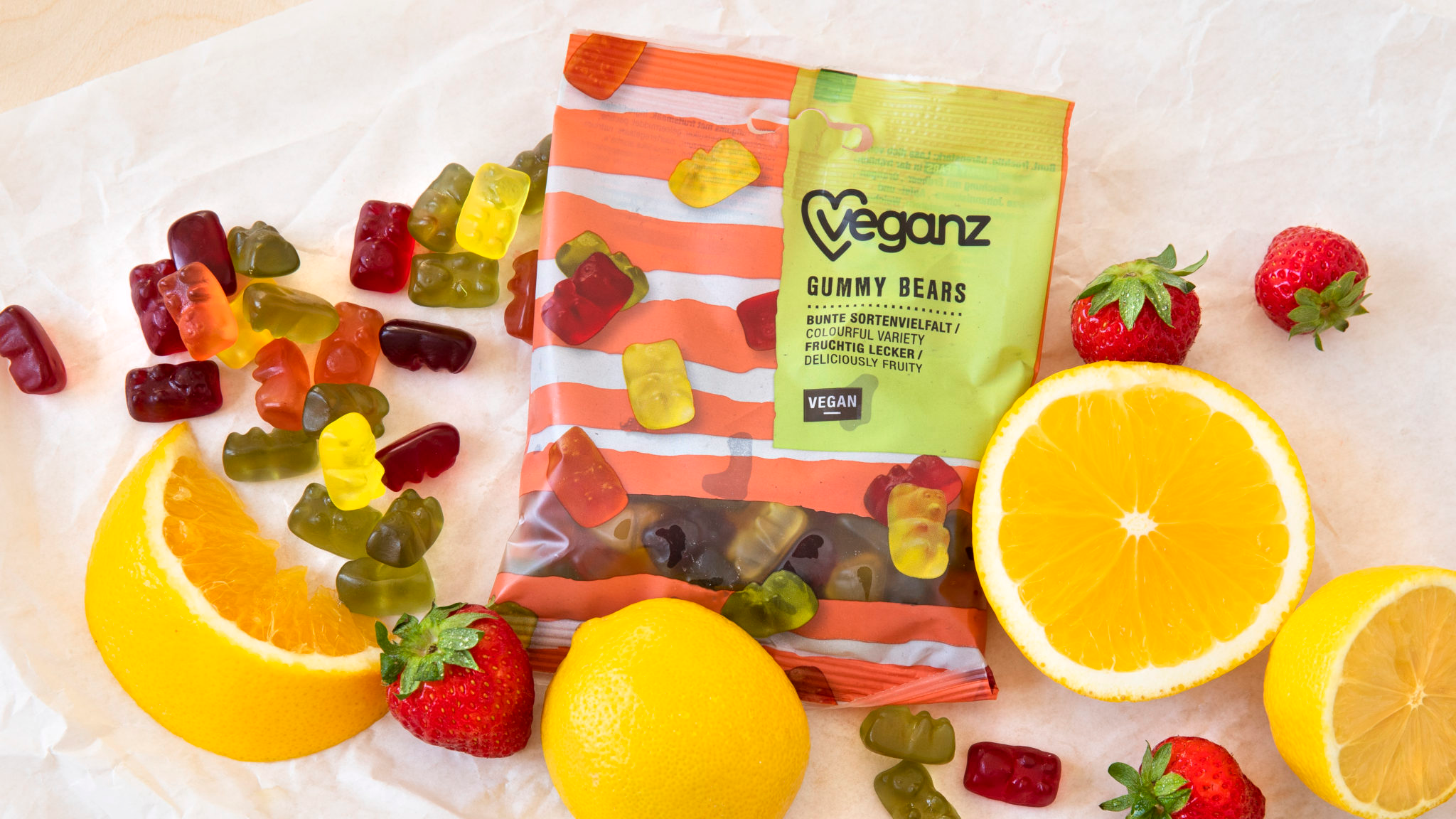 Veganz has been operating in Germany as a pioneering vegan grocery brand since 2011 and is expanding its reach not only skyward with Eurowings, but also to other regions where vegan food is in high demand (read: everywhere). Veganz has also recently teamed up with catering giant Aramark and German football club RB Leipzig, whose stadium catering services have been selling Veganz products since the start of the current Bundesliga season.

Hodo Foods, a cult company based in Oakland, Calif., is best known for its tofu products, which can be found in stores and on the Chipotle menu as the chain’s vegan protein option: Sofritas . Hodo has been around for nearly two decades and during that time has replaced around 3,000 tons of animal protein every year.

Now the brand is jumping into the vegan egg market with its new all-day egg scramble, made with Hodo’s tofu and flavorings like nutritional yeast and black salt (for that egg flavor) . Designed to be a convenient swap for eggs, the protein-packed scramble is heat-and-eat and can be placed on toast, inside burritos, or center of the plate with a side of meatless bacon . 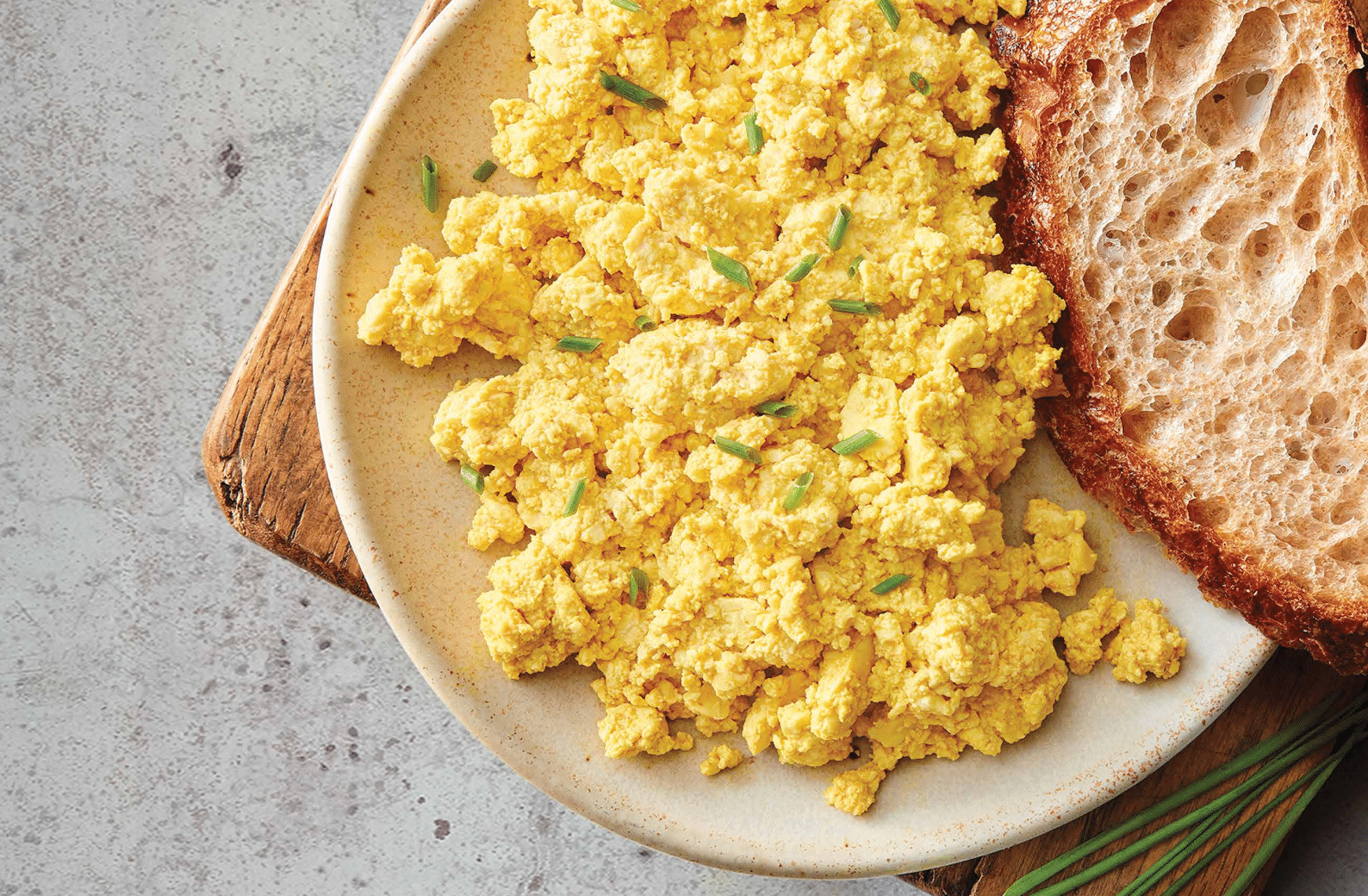 “The All-Day Egg Scramble is a twist on a best-selling Hodo from our early days at farmers markets, reflecting the healthy appeal and convenience of this plant-based protein egg alternative,” said the Founder and CEO of Hodo, Minh Tsai, in a statement. “Hodo’s Egg Scramble tastes like eggs and is made with clean, whole plant ingredients: true to Hodo’s Farmers Market roots of deliciousness, health and convenience.”

Hodo’s new vegan egg scramble is now rolling out to 1,500 stores nationwide, including Whole Foods Market, along with Sprouts Farmers Market and online grocery store GTFO, It’s Vegan will be rolling out in the coming months.

With Earth Day fast approaching, organic brand Forager Project finds a new way to send the message that choosing plant-based foods is better for the planet. The brand has already pledged to raise awareness of the harmful effects of dairy farming by offering vegan products such as yogurts, milks, cheese and sour cream. 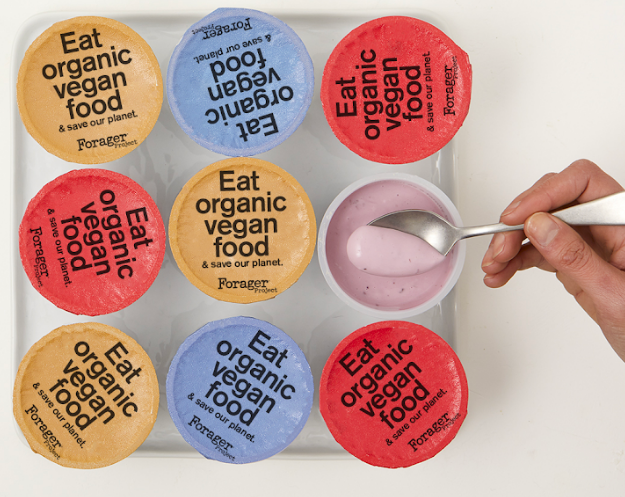 Now, Forager puts the message “Eat Organic Vegan Food & Help Save Our Planet” on the leaves of its top-selling cashew yogurt products, available in more than 10,000 stores nationwide. Why use this prime real estate packaging to send a climate message instead of advertising? The company wants to do its part to fight the climate crisis and help you do yours by simply choosing to eat plant-based.

Baskin-Robbins is the world’s largest ice cream chain and until a few years ago its only vegan options were sorbet. Now the ice cream giant is going dairy-free. After two years in development, Baskin-Robbins launched its first two vegan flavors, Chocolate Chip Cookie Dough and Chocolate Extreme, made with coconut oil and almond butter in 2019. Last year, Baskin- Robbins became the first national ice cream chain. to add oat milk ice cream to its lineup with the launch of its May flavor of the month: Non-Dairy Strawberry Streusel.

This week, Baskin-Robbins embarks on a rebranding journey with a new logo, packaging, employee uniforms and a “Seize the Yay” tagline – a message to encourage consumers to celebrate small moments of happiness. To give customers more reason to celebrate, Baskin-Robbins is launching a new vegan flavor: Non-Dairy Mint Chocochunk. Made with a coconut milk base, the flavor features sweet mint, chunky chocolate chunks, and a gooey fudge swirl. 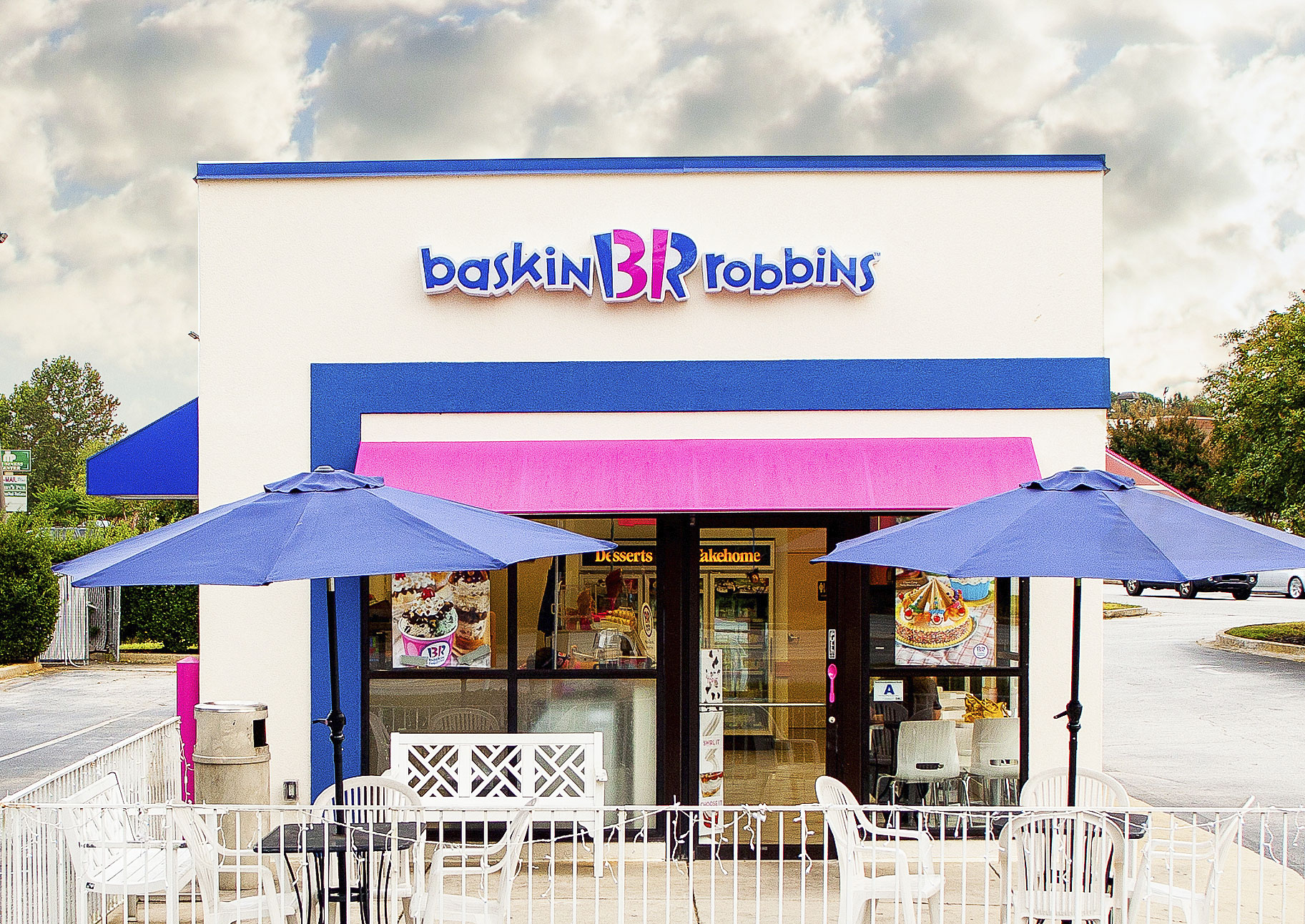 “For more than 75 years, Baskin-Robbins has been the destination for celebrating the moments that matter most. Our new look and manifesto recognize the extraordinary role ice cream has played in the lives of our customers, as well as our continued commitment to innovation and creating someone’s next favorite flavor,” said Jerid Grandinetti. , vice president of marketing and cooking at Baskin-Robbins. A declaration. “Small moments that spark joy are often taken for granted. We encourage people to pause and celebrate any moment that brings happiness with Baskin-Robbins.

For the latest vegan news, read:
How Billie Eilish is transforming Nike Vegan, one sneaker collection at a time
Children are less likely than adults to view animals as food, study finds
Why a protein in the leaves could be the new vegan meat