It seems like every week in the vegan food news is more exciting than the last and this week is no exception. Bing on stranger things– themed vegan chicken nuggets while watching the fourth season of stranger things is now a thing thanks to meatless brand Skinny Butcher. Heinz goes beyond beans and ketchup into new, but oddly familiar territory: hummus. And a new on-demand delivery service ensures you never run out of Oatly. Read on to find out more.

Swedish oat milk company Oatly is ending customer fears of running out of ‘dangerously low’ oat milk through a partnership with REEF Kitchens. Oatly fans in New York and Los Angeles can now order its products from branded storefronts on Postmates, UberEats, DoorDash and Grubhub delivery platforms and receive their orders within the hour.

“Oatly is a fan-favorite brand that offers a diversity of alternative plant-based options, from frozen desserts to their delicious oat milk staple,” said Kenneth Rourke, President of Kitchens and Retail, REEF Technology, in a statement. “We believe our partnership will provide diehards and new consumers with a more convenient way to enjoy Oatly products.”

“We are incredibly excited about this launch and the opportunity to put Oatly products in the hands of our consumers in Los Angeles and New York in moments,” said Mike Messersmith, president of Oatly North America, in a statement. . “These cities have proven their love of oat milk, being early adopters of Oatly, and we’re excited that as we grow, we can expand access to our products where and how consumers want to buy them, in a simple and practical way. ”

Later this year, Oatly plans to launch the one-hour delivery option in New York and Los Angeles directly through its website. Oatly has no immediate plans to expand the initiative to other cities.

Two new vegan meat options are heading to grocery chain Sprouts Farmers Market. Black-owned vegan meat brand Everything Legendary is heading to Sprouts nationwide. Shoppers will find the brand’s vegan burgers made with a proprietary blend of hemp protein, coconut oil, potato starch and beet extract. The company was made famous on a 2021 episode of shark tank, in which the “shark” Mark Cuban invested $300,000 in exchange for 22% of the company. Everything Legendary is also available at retailers such as Giant, Publix, Ralphs, Safeway, and Target. 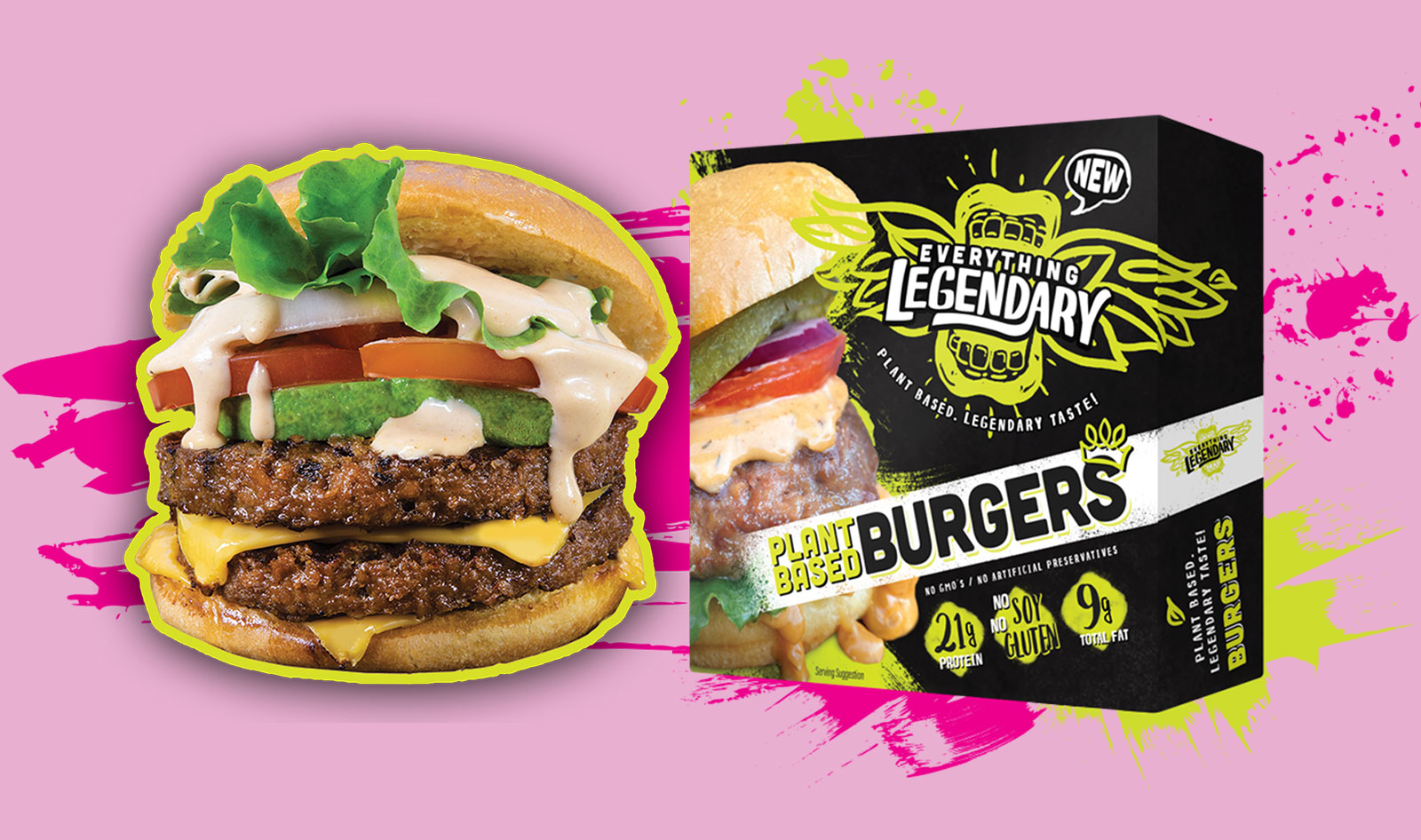 Starting in July, the innovative CHi Foods brand is also bringing its vegan meats to the shelves of 380 Sprouts stores where they will be available in Original, CHi-Rizo and Italian Herbs flavors. Designed to mimic pork, the brand’s meats are made with sacha inchi nuts, which are highly nutritious and high in protein. The brand’s pork-free products will also be available through the GTFO It’s Vegan online grocery platform in July.

“We are thrilled to partner with these retail leaders to bring our products to plant-based consumers,” CHi Foods co-founder Tucker Garrison said in a statement. “We serve those who are ‘plant curious’ and people who simply want to reduce the amount of meat in their diet and are looking for great tasting organic whole food options.”

Hummus is traditionally made with pulverized chickpeas, but it turns out other beans have hummus potential too. In the UK, the Kraft Heinz company is well known for its Heinz Beanz and may soon be one of the top contenders in the hummus category. That’s because the company just launched a line of hummus made with navy beans (also known as navy beans).

The new “humouz” – a portmanteau of “hummus”, the British spelling of the dip, and “beanz”, the Heinz spelling of “beans” – is available in flavors of roasted butternut squash, chipotle pepper and dip. original from Ocado. 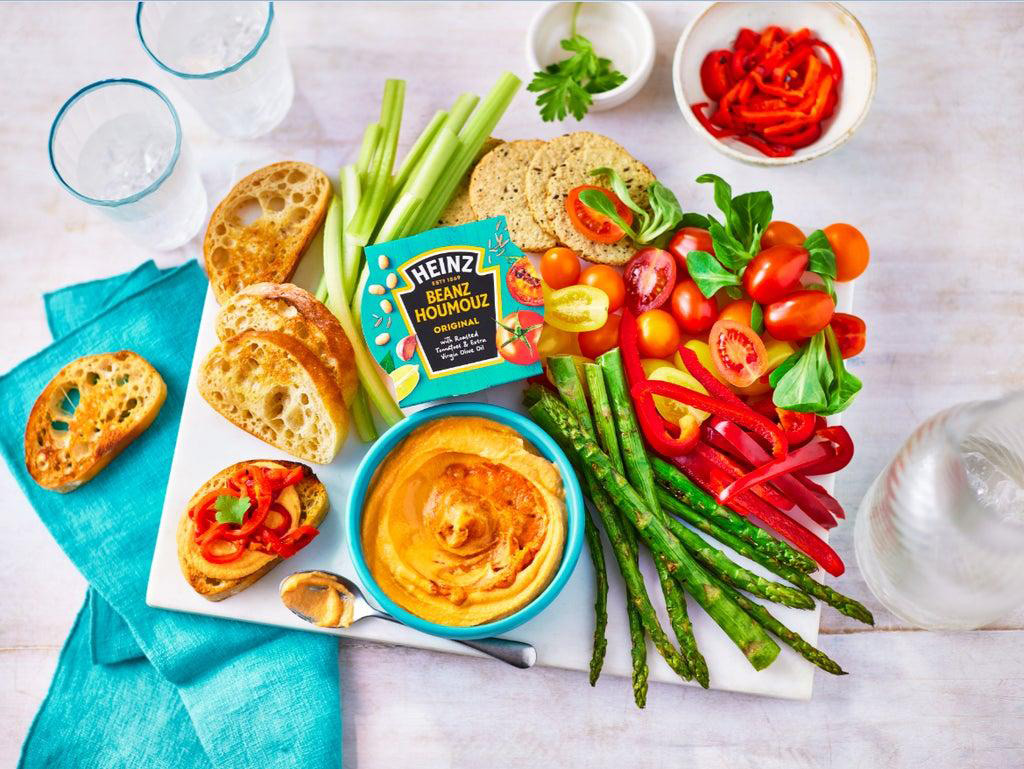 “Since 1901, Heinz Beanz has become one of the UK’s favorite and most comforting meal choices and was one of the very first pioneering plant-based foods,” said platform director Lucila Ardalla. growth, New Ventures at The Kraft Heinz Company, in a statement. “But what a lot of people don’t know is how much of a nutritional superpower our beans really hold. At Heinz, we’re in the midst of a Beanz revolution, finding exciting new ways to release our beloved Heinz Beanz from the box and into new formats, flavors and tastes.

Although this launch is only available in the UK, other parts of the world may soon benefit from a recent partnership between The Kraft Heinz Company and Chilean startup The Not Company, known for its plant-based foods made using artificial intelligence. The two teamed up earlier this year to form joint venture The Kraft Heinz Not Company, which will see co-branded new product launches in the plant space.

This week, the long-awaited fourth season of the hit series stranger things launched its first volume on Netflix. And we can’t think of a better way to binge watch than with stranger things– themed vegan nuggets. Fortunately, the new Skinny Butcher brand, whose name refers to its “lean” carbon footprint, has covered all your demogorgon-avoiding snacks with its new Crazy Crispy Chick’n Nuggets, which launched in Walmart stores earlier this this month. 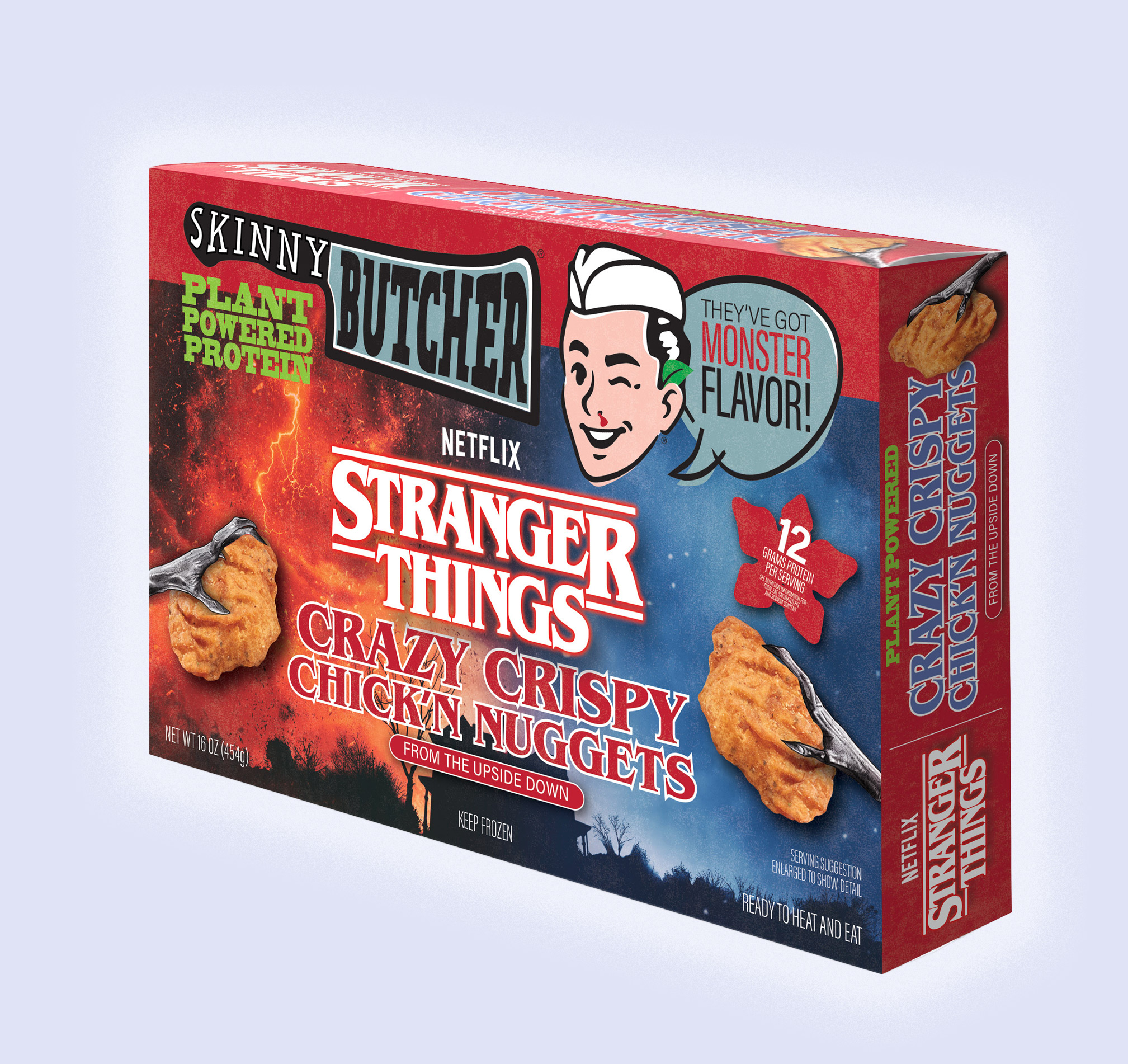 “We knew immediately that we had a product that people would think was out of this world,” Skinny Butcher founder Dave Zilko said in a statement. “Not only can you tell the difference between Skinny Butcher chick’n products and animal-based products, but we’re the only ‘Crazy Crispy’ nugget on the market, in both formats.”

The second volume of stranger things‘ the current season falls on July 1. Hopefully Eggo will launch its first vegan waffles by then.