It seems like every week in the world of vegan food news is more exciting than the last and this week is no exception. After launching plant-based meatballs and hot dogs, IKEA is diving even deeper into the world of vegan meat with the launch of VÄRLDSKLOK, a packaged meatless beef. British Airways is testing vegan waters with a new plant-based menu it will offer in its airport lounges at Heathrow and beyond. And for Valentine’s Day, Pamela Anderson and Eat Just send a sexy message: “Vegans do it better.” Read on to find out more.

We love a good Swedish (vegan) meatball, as does IKEA, which has taken a deep dive into the world of plant-based foods in recent years. Indeed, the chain seeks to reduce its carbon footprint by becoming less dependent on environmentally harmful products such as beef. Since 2015, IKEA has offered a vegan version of its popular Swedish meatballs in its bistros and in 2020 the furniture giant has revamped the offer to be even meatier, but with only a fraction of the environmental cost of its meat counterpart. IKEA has also made a packaged version of these “veggie balls” called HUVUDROLL which are available in its in-store grocery section.

This week, IKEA made further progress on that goal with the launch of VÄRLDSKLOK, a plant-based ground beef that requires little assembly to turn into vegan meatballs. Although the name may sound like a 9th-century viking, it actually means “wise world” in Swedish – an apt name for sustainable meat. Are you both hungry and looking for a new job? IKEA has a few job openings and is attracting new hires with never-before-seen 3D-printed vegan meatballs. Good luck!

For meatier news, British Airways is preparing to welcome travelers back with new plant-based food offerings, including vegan burgers. The new plant-based menu will first be available in London Heathrow airport lounges before British Airways expands the menu to US airports. This move is part of a larger sustainability mission that also includes initiatives to reduce plastic use. 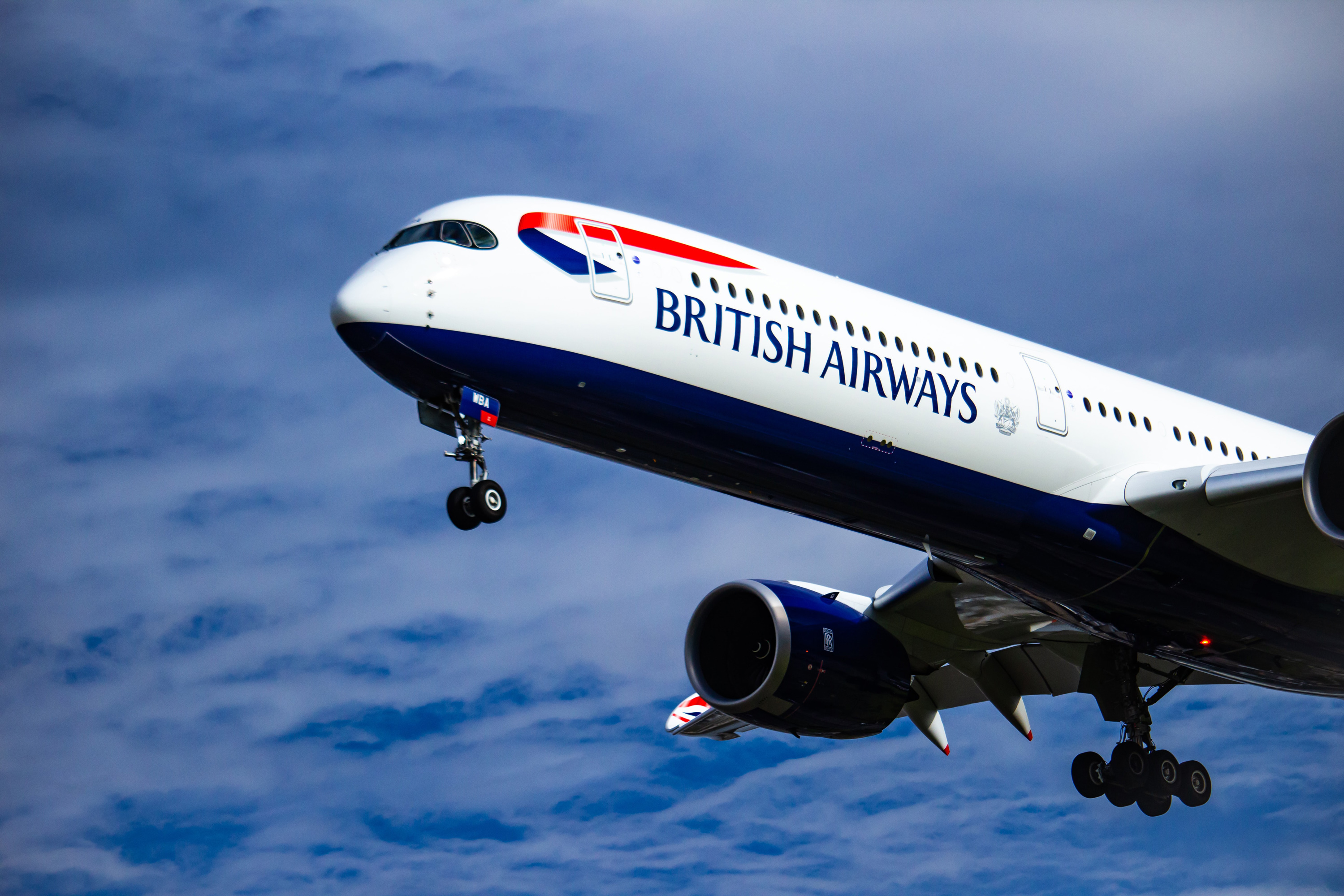 “We are committed to delivering a premium proposition to our customers throughout their journey with us and when we do that we must ensure that sustainability is at the heart of it,” said Tom Stevens, Director British Airline’s brand and customer base. experience, said in a statement. “We want to create an even better British Airways and know we need to keep making changes to the customer experience with things like alternative menus, reducing plastics and introducing new technology to get us where we want to go. to be.”

3 High Chief‘s Spike Mendelsohn is all about vegan seafood

This week, The Plant Based Seafood Co., maker of Mind Blown vegan seafood, announced that its newest investor is celebrity chef Spike Mendelsohn, a Bravo cooking reality TV alum. Excellent chef. Mendelsohn put his money where he was after he was very impressed with the brand’s fishless seafood, which includes shrimp, scallops, lobster, oysters and crab cakes.

“When I first tasted Coconut Shrimp, my mind literally blew,” Mendelsohn said in a statement. “Although I initially fell in love with the product, the reason I invest in Mind Blown is because I love being part of an innovative team that leads the delight first. This dynamic mother-daughter duo makes waves in the plant space. 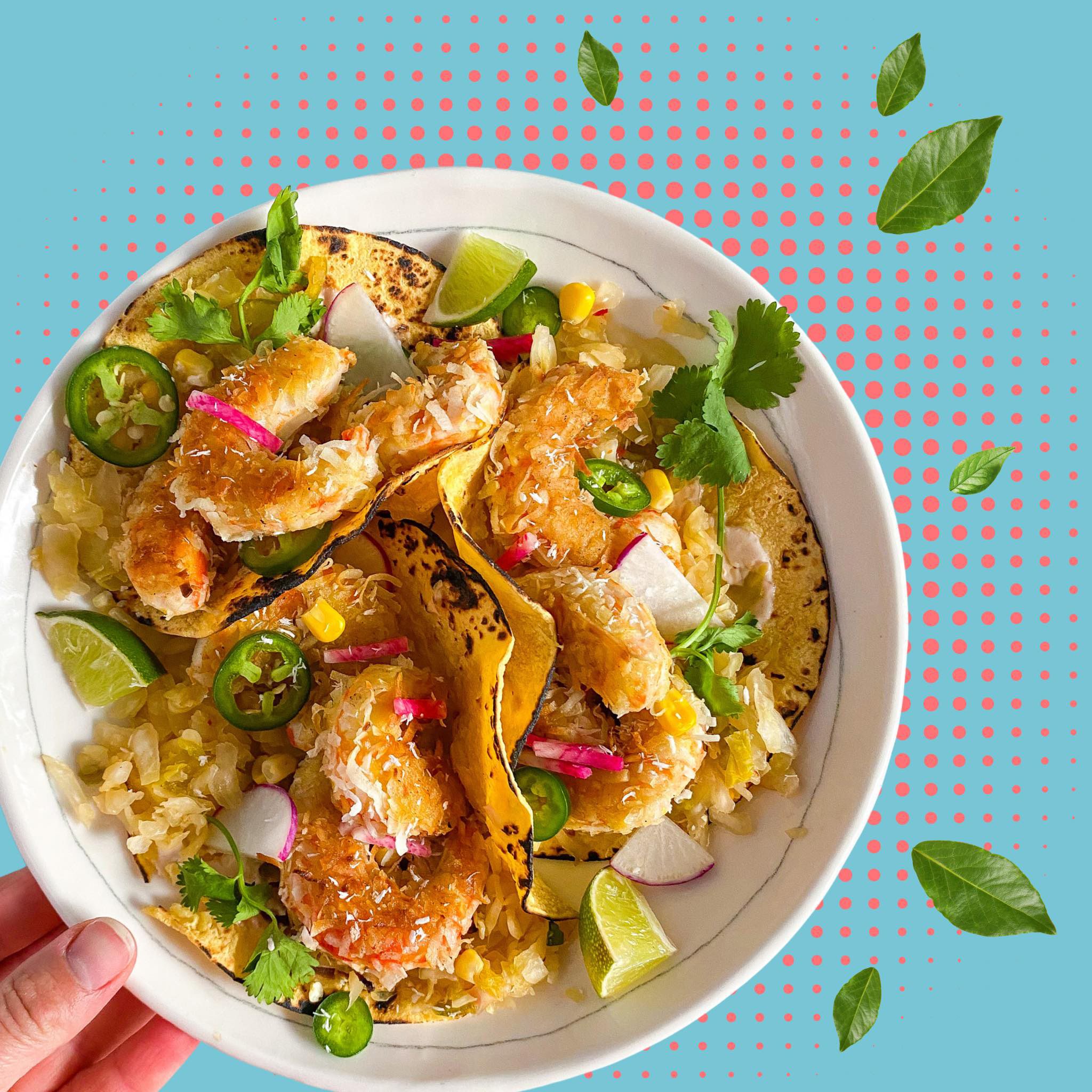 The Plant Based Seafood Co.

And the chef knows a thing or two about plant-based brands as he owns several of them himself. Mendelsohn is the co-founder of Eat The Change, a snack brand that uses mushrooms that would be wasted to create delicious vegan jerky. Mendelsohn also founded the vegan fast food chain PLNT Burger after he was blown away by another vegan product: the Beyond Burger. Now the celebrity chef is in the midst of an aggressive expansion of PLNT Burger and opened his first New York location last month.

There’s nothing sexy about chicken eggs, which are packed with heart-clogging cholesterol. However, plant-based eggs are a whole different story. A growing body of research shows that consuming a plant-based diet improves sexual health, including a recent study published in a scientific journal Urology who found that a plant-based diet is associated with a reduced risk of erectile dysfunction (ED).

“Eating more plants, replacing saturated fats with polyunsaturated fats, and lowering your dietary cholesterol will reduce your risk of developing both erectile dysfunction and heart disease, and help your blood vessels stay healthy while ensuring proper blood flow. blood to organs throughout your body,” preventive cardiologist Danielle Belardo, MD, said in a statement. 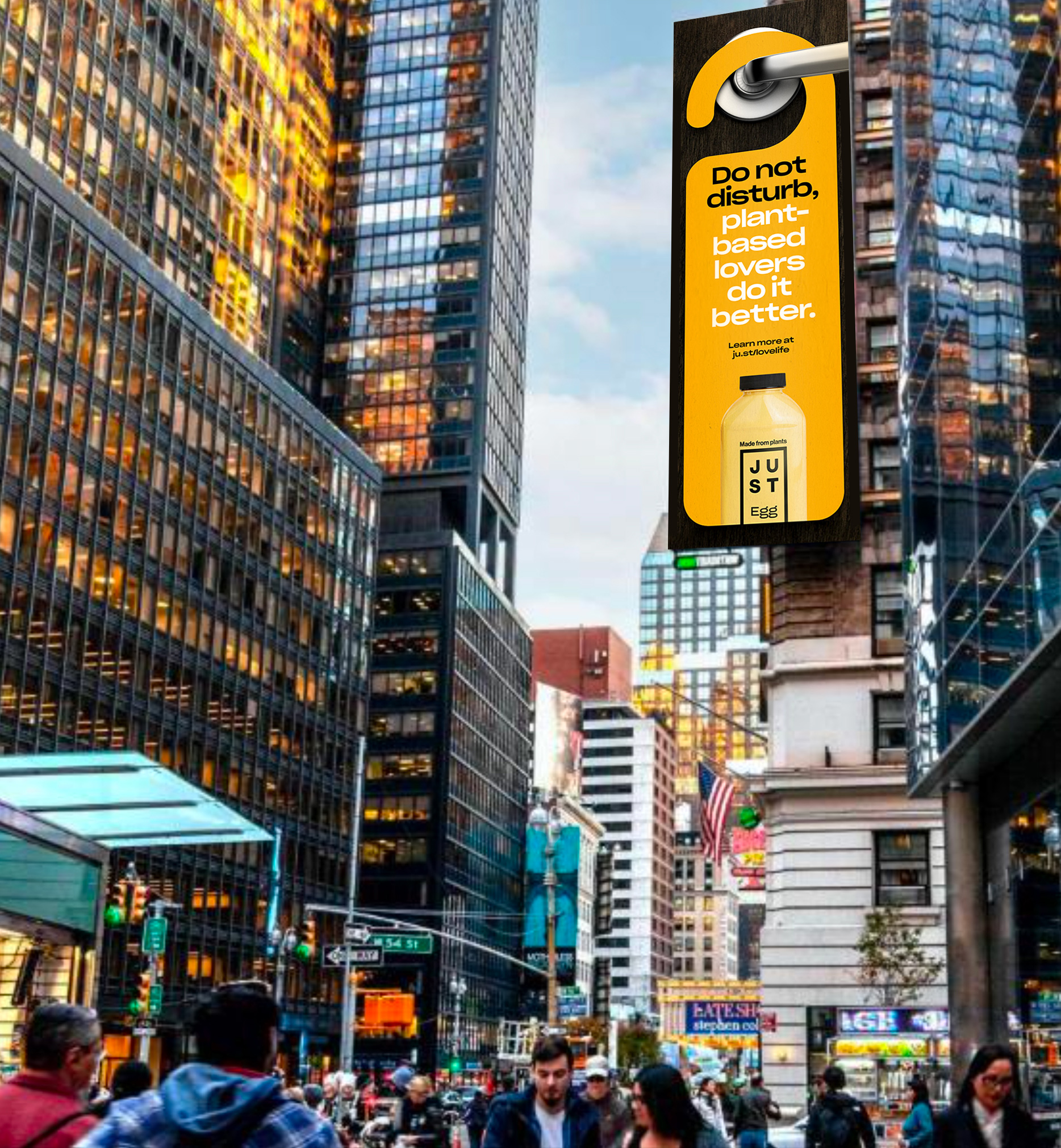 For Valentine’s Day, Eat Just, the maker of vegan egg substitute JUST Egg, is taking this research and implementing it in a new campaign called “Plant Lovers Do Better”. With science backing up these sexy claims, Eat Just is taking out a full-page ad in the New York Times Sunday and just erected a billboard in midtown Manhattan this week to get the message out big time.

Does anyone else binge watch Hulu Pam and Tommy with a big bowl of noochy popcorn, while waiting for the show to address Pam’s animal activism? As we eagerly watch the screen, real-life Pamela Anderson is celebrating Valentine’s Day with a new PETA campaign. In Times Square, a few blocks from the Eat Just sexy egg billboard, a 3,400-square-foot billboard featuring Anderson atop a box of vegan chocolates lets people know that “vegans make better lovers”. 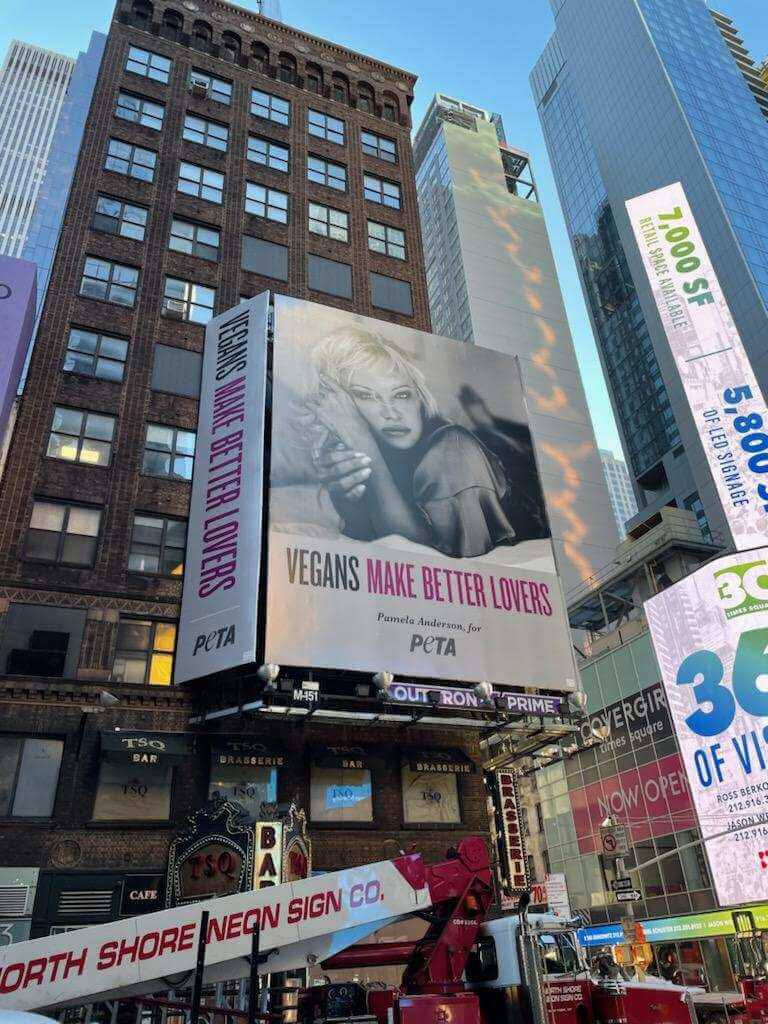 The Campaign Box of Chocolates is a limited-edition offering from PETA that includes 110 pieces of vegan chocolate in four flavors. “I believe having a big heart is the sexiest thing in the world,” Anderson said in a statement. “And as many as 67% of people report improved bedroom performance after going vegan.”

Anderson has been spreading the word about vegans in the bedroom for quite some time. “The cholesterol in meat, eggs and dairy causes hardening of the arteries (and not much else),” Anderson tweeted last year. “It slows blood flow to all organs in the body, not just the heart. You can improve your overall health and increase your stamina in the bedroom by going vegan.

We hear you, Pam. Being vegan is definitely sexy. Maybe even sexier than Seth Rogan with a retro 90s mullet.

For the latest vegan news, read:
Switching to a plant-based diet can add 10 years to your life
Why Sia is talking about meat in pet food
Plant-based fast food options saved over 600,000 animals in 2021